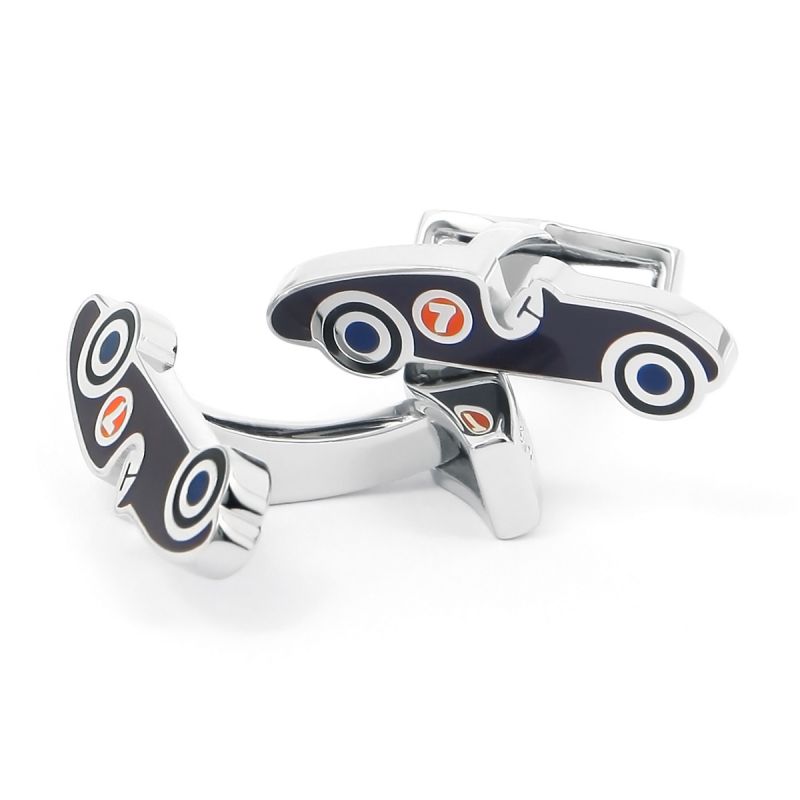 Car enthusiasts will be delighted by these cufflinks!

Thanks to their very specific elongated shape, they pay tribute to the Ferrari 375. This mythical single-seater entered the Formula 1 World Championship Grand Prix in 1950/1951 and enabled the Ferrari team to win. Equipped with a V12 editor to dethrone the Alfa Romero 159, the great favourite of the time, this Ferrari will be driven by renowned Italian drivers such as Alberto Ascari or Luigi Villoresi. It will be driven again by Fernando Alonso at the British Automobile Grand Prix in 2011 for the 60th anniversary of the first victory. Originally bright red, the Ferrari shown on these cufflinks has adopted The Nines' colors, blue and orange!

The Albi circuit is a car circuit created in 1959 and measuring 3,565 meters in length, which hosts the Albi Grand Prix every year, with its legendary car races in particular.

Packaging:
There cufflinks come in the luxury The Nines cufflink case.