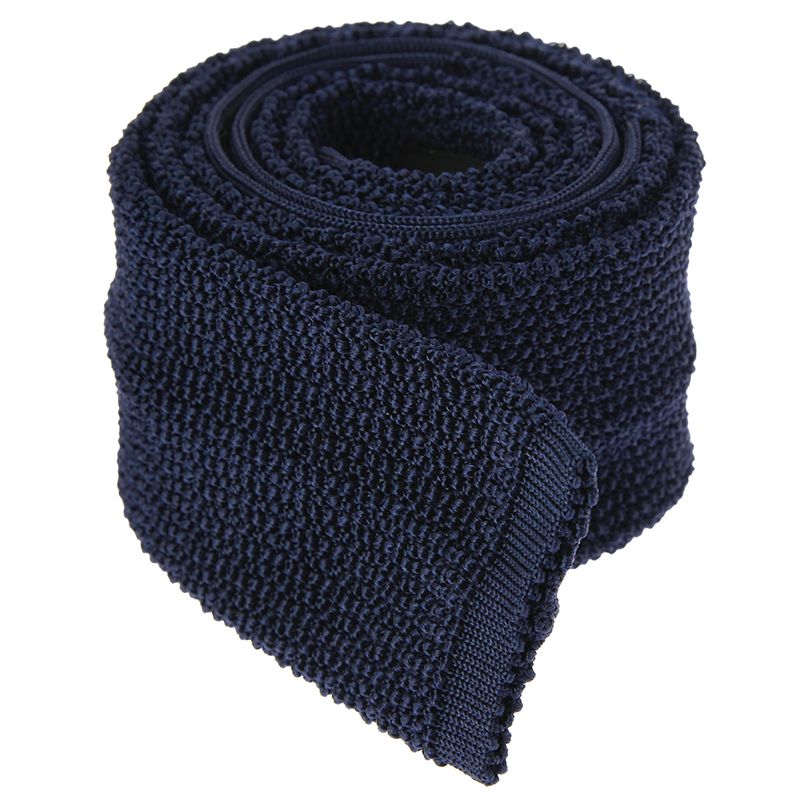 Since it first appeared in 1920, the knitted tie has patiently found its way onto the podium of men's accessories: casual yet elegant, knit ties add a nice retro vibe to any outfit! This navy blue silk knit tie has been made in a centuries-old, family owned tie manufactury in Germany.

There are two ways to knit silk ties: circular knitting and flat knitting. The former, also described as soft knit and is done on a compact machine which, similar to sock manufacturing, knits in tubular shape. The result: a lightweight and flexible tie. The latter, referred to as crunchy knit, is obtained on 16-meter long linear knitting machines. With the second method the knitted silk is tailored to its tie-shape and then stretched on wooden boards for 24 hours. This ensures form and drape of the tie. Given the high amount of silk used, this navy blue knit tie has a crispy touch to it and creates the typical rustling sound silk makes between the fingers.

The tie is carefully presented in a The Nines cardbox case.

Never put a knit tie on a hanger, the silk would stretch over time! Just keep it rolled up.