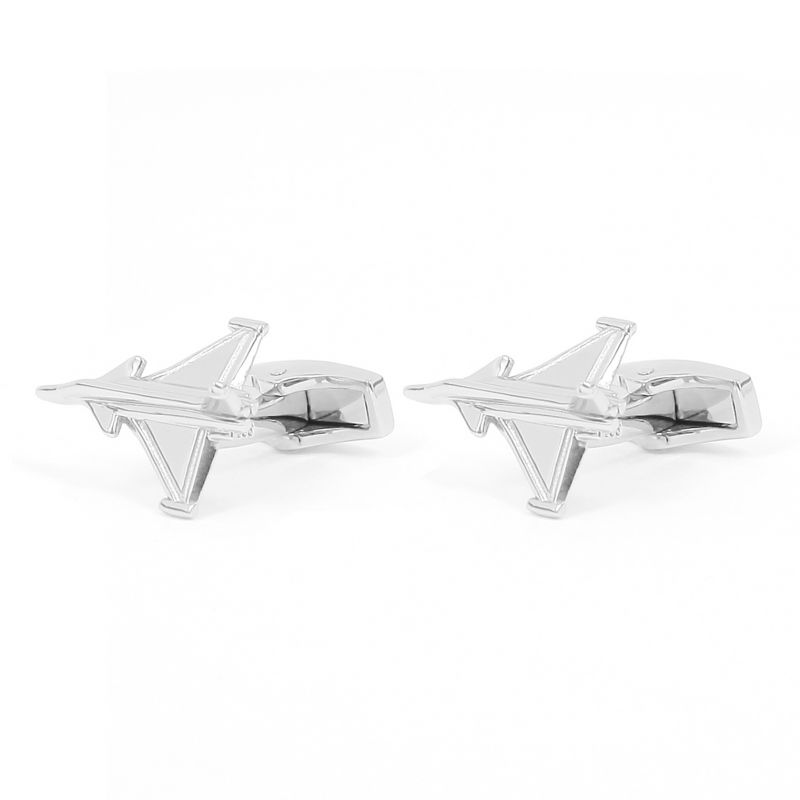 The Dassault Rafale is one of the most famous fighter jets. The jet was developed for both the French Navy and the French Air Force. In reality, the Rafale is 15 meters long, weighs 9,979 kg and can reach speeds of up to 1,912 km/h. The miniature version of this aircraft can now be worn on the wrists of all pilots, and those who wish they were, or displayed in their cufflink storage boxes.

Silver wedding anniversary is celebrated after 25 years of marriage. Jewelry made of this material will last more than a lifetime. Genuine silver cufflinks are a wonderful gift idea for a milestone birthday, anniversary, promotion or birth. And, who knows, maybe one day these 925 sterling silver fighter plane cufflinks will become a family heirloom.

These cufflinks are delivered in their “The Nines” case.