Today, boxer shorts are the most popular men’s underwear. Initially named in honour of their first users who were boxers, boxer shorts became trendy only in the late 1980’s.

The everyday trunks - Made from organic cotton

Underwear has been around for a long time

The birth of the boxer short

Boxer shorts (under this name) saw the light of day in 1925. As the name suggests, there is indeed a connection with boxing. The idea for the boxer shorts came from Jacob Colom (the founder of Everlast, a brand of boxing equipment). When thinking about how to improve the underwear worn by professional boxers, he came up with the idea of replacing the traditional leather belt with an elastic band. This was the birth of the boxer shorts. However, boxer shorts were not a great success from the beginning. It wasn't until the 90's that the boxer shorts became popular and loved by all.

Why trunks are the best underwear for men

When it comes to choosing the right underwear, figure-hugging boxer shorts, also called trunks, are probably the best choice for men. Thisis because trunks are figure hugging, providing a good and, thanks to the stretchy fabric, comfortable support compared to loose fitting boxer shorts, for example. Trunks or the slightly longer boxer briefs are therefore ideal for working out. Trunks are like a second skin, so they go barely noticed underneath other clothes, especially with slim-fitting trousers. 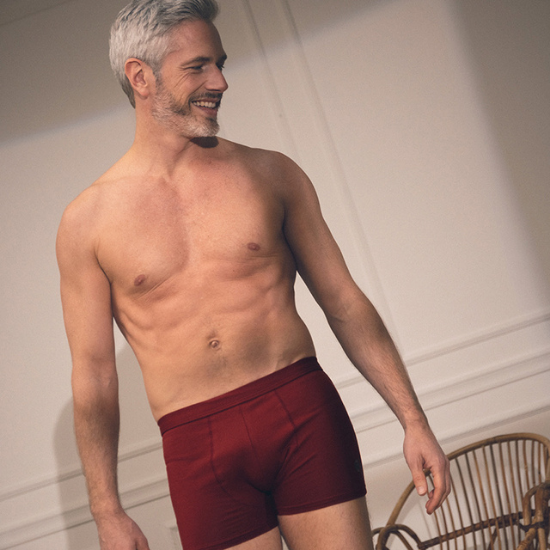